Speaker Toni Atkins of San Diego was reelected Speaker of the California State Assembly this past week.

She released a video collage about taking advantage of opportunities and believing in yourself when no one else will.

I have to wonder: does she believe enough in the voters of the 66th Assembly District, who decided to unseat a liberal incumbent and replace him with a conservative, with small business savvy and local awareness of key issues?

Because of her reelected status as Assembly Speaker, she has the authority to place assembly members in whatever committees she wants. Democrats still hold the majority in Sacramento, and they are likely to place members on committees ill-suited for their districts' needs, to make it easier to remove them from office next term. 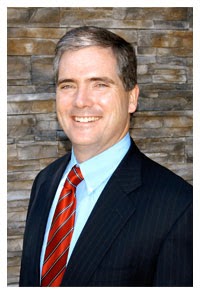 David Hadley ran on a platform to accomplish three things:


Why would Speaker Atkins oppose these three crucial needs for California residents in the South Bay?

About improving the business climate in California, Assemblyman Hadley would do the best job as a member of Budget, Business, or Jobs committees. Former Assemblyman Al Muratsuchi cared about small business, including the aerospace industry, enough that he reached out to those leaders. Why would Speaker Atkins sabotage those efforts for the next assembly member?

Hadley's biggest interest was promoting education, local control over rules and funding. Torrance Unified is a model of the benefits of school choice and local control. Why not extended these values to other cities in the 66th, like Lomita and Gardena. Those were his goals, and he did not hide those intentions from the voting public. Assemblyman Muratsuchi did not initiate this conversation.

Assemblyman Hadley belongs on the Education committee, of which Muratsuchi was a member. He could also be on the Higher Education committee, where he could assist in improving funding and autonomy for the Southern California Regional Occupation Center. State Senator Ben Allen is already working on this project, too, in order to ensure that funding remains for the program and the building where students throughout the South Bay learn key trade skills.


Last of all, Hadley ran on a clear agenda to protect Prop 13 and keep our tax rates low. As a business man who has balanced budgets, advanced investment prospects, worked with clients across the country, Hadley understand the pressures which firms face with higher taxes and regulations. Speaker Atkins claims that she wants to expand opportunities, teach people to believe in themselves. Why would she make it harder for Assemblyman Hadley to fulfill his promises? Hadley belongs on the Banking, Rules, or Revenue Committee for the 2015-2016 term.

Speaker Atkins needs to put politics aside, respect the 66th, and give David Hadley the proper committee assignments to fulfill his campaign promises and honor the needs of all California residents, business and individuals alike.

Call her office, and tell her to put Assemblyman Hadley on the right committees: Education, Budget, Business, Tax Reform, etc.