This is how bad the quality of journalism has become in many parts of the United States. Instead of reporting facts and truth, they look for cheap shots against conservatives, and try to shame, defame, and intimidate them from speaking out on issues.

This is worse than yellow journalism. It's petty propagandism, and most high school newspapers can write better. 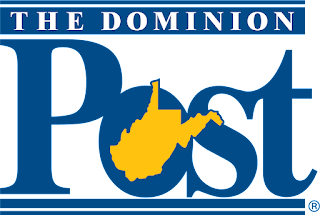 Here's an entire article written in the Dominion Post, a newspaper based in Morgantown, West Virginia. Notice how they were interested in targeting a meme posted by Cindy Frich, but then ended up writing an extensive article about the blog post I had written, all to expose them.

This is the lede for an article in a newspaper. Seriously. They are writing a report about a meme posted by a local resident. How pathetic is the legacy media when this is the best that they can do.

Frich accompanied the meme with comments — containing information long ago proven inaccurate — regarding a controversy the nominee stirred last May in her position as a Pennsylvania health official.

When The Dominion Post contacted Frich and presented questions about the Facebook post, Frich said she is a private citizen even though she has held public office and run as recently as last November, when she placed sixth in a 10-person race for five House 51st District seats. She’s also posted that she is a pro-family activist.

She subsequently contacted a member of a right-wing political group to intervene on her behalf. A member of the group made the issue public by preemptively publishing on one of his blogs off-the-record correspondence and inaccurate information, and by personally contacting the reporter who reached out to Frich, as well as the newspaper. Newspapers typically don’t make themselves part of a news story, but the actions of Frich and the blogger made it unavoidable in this case.

Rachel Levine, a transgender woman, was Pennsylvania secretary of Health. On Jan. 19, then President-elect Joe Biden announced he’d nominated her to be his assistant secretary of health. Her nomination brought back into the news the controversy she stirred in May. Background on this is gleaned from national and Pennsylvania media reports at the time.

At the request of their 95-year-old mother, Levine and her brother removed their mother from a personal care home to another residence. At the time, Levine was initiating statewide testing at nursing homes, which her department oversees and were experiencing the effects of a statewide outbreak. Levine took heat for the apparent hypocrisy but defended her action, saying Pennsylvania’s Department of Human Services, not her Department of Health, oversees care homes. The two types of facilities offer different levels of care.

On the day of Biden’s nomination, Frich posted the meme: A picture of Levine with superimposed text (in all caps) reading, “I just saw my penis, 6 more weeks of quarantine.” Frich posted above the meme: “Biden’s Assistant Secretary of Health: Dr. Rachel Levine pulled his mother out of her nursing home to protect her from Covid-19 without warning Pennsylvanians to protect their loved ones!”

The Facebook post prompted 114 comments (some of those Frich’s responses to other commenters), 58 emoji responses and 29 shares. At one point, Frich defended her post: “This meme is not gratuitous. He & leftist PA Governor Wolfe placed fascistic restrictions in the name of Covid-19. They lost in the court.” She also noted in other comments how she cared for her Pennsylvania grandparents so they could die at home and helped her sister who lived in Pennsylvania.

The Dominion Post emailed Frich Tuesday and posed questions about the post, offering her the opportunity to respond by email or phone. Getting no response, a reminder email was sent, as well as a text alerting her to the two emails. Frich replied later that day with a question, sent via text and email. The Dominion Post responded to both.

Frich then responded: “Your newspaper has become quite leftist. Depending upon the direction your article goes, you could incite further violence against me. I live with two 86 year olds. They will not be able to escape if our house is torched. I’ll hold your newspaper accountable.

“I am not a public figure, I’m a private citizen. I’m waiting for an attorney to return my phone call.

“I was doxxed internationally and threatened by locals in the fall/winter of 2018. Why didn’t your paper interview me about my tight loss? Why no article about how much money we spent per vote?

“In these dark times of censorship and cancel culture, it seems your newspaper wants to shame me in order to intimidate others from speaking out. I’m waiting to hear from an attorney about my rights.”

Frich contacted an organization called MassResistance, which identifies itself as “a leading pro-family activist organization, MassResistance provides the information and guidance people need to confront assaults on the traditional family, school children, and the moral foundation of society.”

Arthur Schaper, the organization director for MassResistance, then contacted The Dominion Post by phone and email. Schaper identifies himself as a teacher turned writer and operates nine blogs.

Schaper ran for a seat as a Republican in the California State Assembly and tallied 84,867 votes in November but with just 37% of the vote to the winner’s 63%. A Los Angeles Times profile said “Schaper is so abrasive that the local Republican Party has disavowed him.”

His email said, in part: “It has come to our attention that your local newspaper is attempting to shame, defame, and ultimately intimidate Mrs. Cindy Frich for her bold stances to protect children and families in the State of West Virginia.

“It is really shocking that your newspaper has NOT reported the numerous death threats that Cindy Frich has endured, nor have you written about the repeated abuse that she has taken because she stands up to the LGBT lobby in Morgantown and throughout the state.

“We all know what is really going on here: you are interested in writing yet another hit piece against strong women who care about families, particularly about the well-being of children. You are interested in shaming a woman who has stood up to the destructive cultural marxism which has become all too commonplace in a number of industries and institutions in the United States.

“For the record, we have exposed everything that you have written, all in a perverse attempt to shame, defame, and intimidate Cindy Frich.”

In the phone call, he added that he insisted The Dominion Post back away from this story and report on the abuse Frich has suffered. In blog posts, Schaper published The Dominion Post’s email exchanges with Frich requesting comment.

The blog headline reads: “West Virginia Newspaper Harasses MassResistance Activist, Trying to Shame and Intimidate Pro-Family Activists.” The post includes the photo and contact information for the reporter along with false characterizations. Frich reproduced the post on her Facebook page. Schaper sent a message to the reporter through Facebook Messenger saying, “Smile, You’re Famous,” and a link to the post.

Frich emailed a reply to the newspaper’s questions Friday afternoon. We print it verbatim minus the final two sentences, which are personal remarks to the reporter, and minus quote marks since it’s pasted directly from her email.

From: The Official Office of Former Delegate

My official public position (as the holder of the Office of Former Delegate):

This reply is regarding your request for an interview on my recent social media meme post drawing attention to the embarrassing appropriation of femininity by President Biden’s newly appointed Assistant Secretary of Health.

All citizens have the right to be treated with dignity. But not all behavior is dignified. What is and what isn’t dignified behavior, is, and should always be, left up to individual discernment. Thankfully the First Amendment to the U.S. Constitution protects the right of individuals like myself, to call out undignified behavior. Sometimes we do that creatively, with both photos AND captions. And I may continue to do so.

The First Amendment also protects our right to call out hypocrisy by progressive members of the media. The Dominion Post’s rush to decry other types of cultural appropriation while defending the appropriation of femininity with a misguided sense of moral superiority, belies the reality that the majority of the news-interested customers in this market already know. Your news reporting is editorializing at best and in this case, bizarre science-fiction.

The Official Office of Former Delegate & Poster of Memes