We are all working very hard to stop The Equality Act, which is all about granting special privileges to sexual deviance and perversion.

Everyone of our chapter leaders has their lists of contacts.

Check out this link, and you will find the contact information for every current House Rep.

Contact as many House Reps as you can, and tell them any or all of the following reasons why they must REJECT the Equality Act: 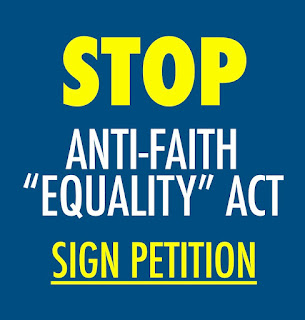 There is a terrible bill working its way through Congress right now. It’s called
the “Equality Act” (HR 5), and it’s anything but about equality.

It’s about special rights for the Destructive LGBT Agenda!

Authored by openly homosexual Congressman David Cicilline (D-Rhode Island), this legislation aims to “expand” the Civil Rights Act and its protections to include homosexuals, transgenders, and individuals who identify with other paraphilias.

This legislation is nothing more than a Trojan Horse to stamp out our God-Given rights, enshrined in the United States Constitution. It’s an attack on life, the family, and our society as a whole.

If this bill passes and gets signed into law, these are some of the terrible outcomes that will follow:

1.      This bill will undermine the Civil Rights Movement which black Americans fought for.

2.      Churches will get sued or lose their tax-exemption status if they do not accommodate LGBT behaviors.

3.      Children would be forced to learn about destructive LGBT behaviors in public schools. Parents who try to oppose this curriculum could be charged with illegal discrimination.

4.      Private colleges would lose funding, the power to issue grants and scholarships.

5.      Public accommodations and small businesses would be forced to allow men into women’s bathrooms and vice versa.

6.      Business owners would be forced to violate their freedom of conscience.

7.      Hospitals and clinics will be force to offer experimental and harmful transgender treatments.

8.      Foster and adoption agencies with traditional values will lose the opportunity to place children.

If a House Rep's office asks you where you are calling from, you do not have to tell them. It's OK. The fact that they are getting lots of calls means that they need to pay attention.

If you have finished your assigned list, I encourage you to contact any of the 45 Democratic Congressmen from vulnerable districts:

Choose any five, or call all of them if you want! They are going to face redistricting next year, and that means they could lose their seat! 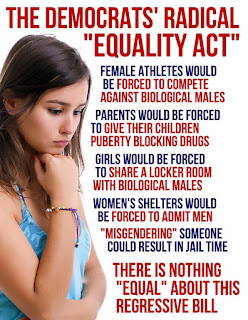 Here is the final vote tally for the Equality Act in 2019:

These are the Republicans who voted FOR the Equality Act in 2019, who are still in Congress. We need to go after them:

Let's do this time! Stop the IN-Equality Act! 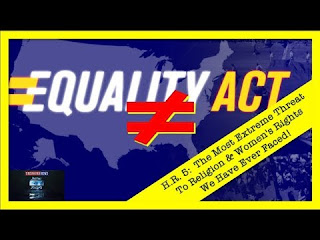 Posted by Arthur Christopher Schaper at 8:40 AM