Joshua Higginbotham is one of the youngest delegates in the Virginia House of Delegates. 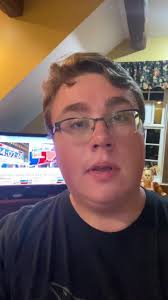 His campaign video puts forth the narrative that he reads every bill, and that he wants to push good policy forward for the good of West Virginia.

And yet, he wants to push homosexual and transgender privilege, all while calling himself a "conservative Republican" and a Christian.

ANNOUNCEMENT: I’ll be the lead sponsor of the Fairness Act in West Virginia. As a conservative Republican & a Christian, I can tell you that it’s past time to add our LGBT+ friends & family to the Human Rights Act. It’s time for the Mountain State to enter the 21st century by...

This guy wants to promote sexual perversion in the state of West Virginia.

Residents in the state have informed me that he comes from a wealthy family, to the tune of $70 million.

He's a rich spoiled brat, and he has no business serving in the Virginia House of Delegates. He is an empty suit with no wisdom.

West Virginia residents need to throw him out! He supports perversion!

Higginbotham brags about the fact that he reads a lot: 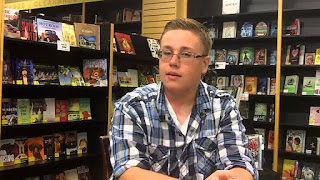 He should read MassResistance's book "Health Hazards of Homosexuality":

Posted by Arthur Christopher Schaper at 8:40 AM