But separate bill to ban “transgender” males in girls’ sports passes House, goes on to Senate 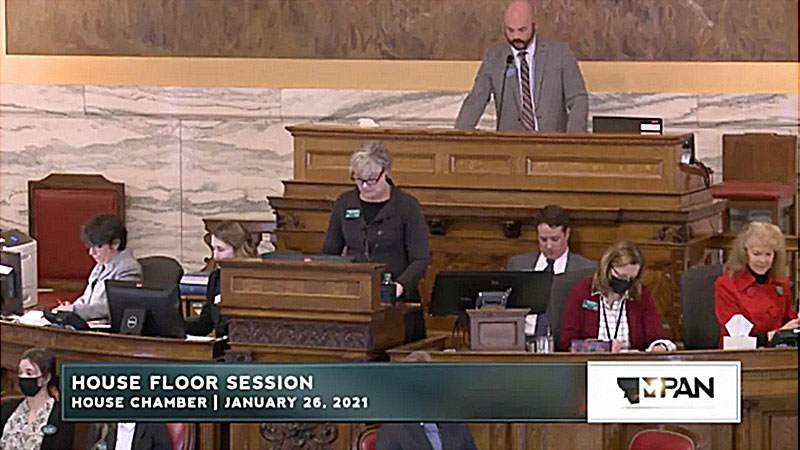 The most ghoulish assault from the LGBT movement is their push to irreparably harm children through “sex-change” treatments. These “treatments” include deranged psychological counseling and chemical interventions (puberty blockers and cross-sex hormones), and often progress to disfiguring and irreversible surgeries. These experimental procedures leave children sterile and stunt their physical and psychological growth. They bring ugly facial hair and lowered voices to girls, and turn boys into eerie imitations of females.

There is no medical justification for operations that remove healthy body parts – girls’ breasts and boys’ penises – all so children may pretend to be the opposite sex. Why would anyone want to sentence these children to a lifetime of medical interventions, and often deep and profound regret? Why are otherwise reasonable people going along with this insanity? 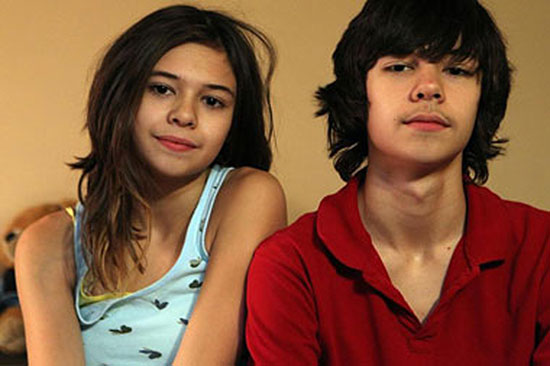 These 11-year-old identical twin boys were featured in a front-page Boston Globe article in 2011 celebrating the one on the left "becoming" a girl. As a result of puberty-blocking drug treatments, he was now five inches shorter than his brother and had female-like features, and likely sterile. According to the article, this was to be followed by a series of female hormone injections and ultimately operations to remove male body parts and "create" female-imitating body parts. We do not know what ultimately happened. [PHOTO: Boston Globe]

But as sickening as this is, it has become a successful component of the LGBT movement’s obsession with children. There are numerous “gender clinics” (in major children’s hospitals and smaller clinics) across the United States, as we first reported back in 2008. The medical establishment has capitulated and now strongly supports “gender” treatments. It’s a money-maker for “Big Pharma.” Public schools teach children that this quackery is “healthy” and normal. And the LGBT movement uses sophisticated psychological techniques to persuade parents to go along with it – for example their Orwellian ploy of guaranteeing “safety” for so-called “sexual minority” students.

But some state legislatures have started to take action to protect vulnerable and troubled children from that powerful, destructive movement. They are introducing bills to ban these bizarre procedures that harm minor children. Not surprisingly, the LGBT movement is fighting these bills viciously, and so far none has passed into law.

The battle starts in Montana

Back in August, a conservative Montana State Rep., John Fuller, introduced bill HB 113, which would ban hormone therapies and gender mutilation surgeries and on children. Any health care provider engaging in such treatments would be fined.

Rep. Fuller also introduced HB 112 which would ban “transgender” males from competing in girls’ sports – similar to the bill passed in Idaho last year, which MassResistance helped with. 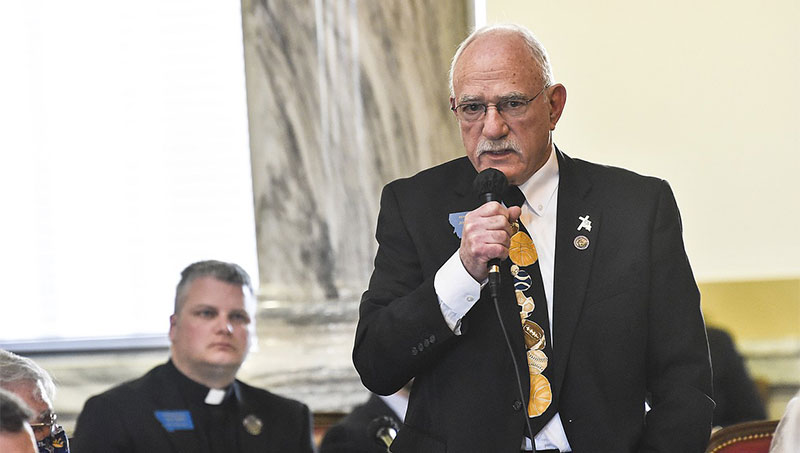 Rep. John Fuller speaks on the House Floor on Jan. 25. supporting his bills.

But most of the fiery LGBT opposition was directed at HB 113. The LGBT movement does not want to lose the ability to alter children’s bodies – anywhere in the country. They are enraged by a bill like this, which bluntly challenges their absurd “gender” theory and exposes the grisly harm they are doing to children.

Since 67 of the 100 Montana House members are Republicans, this kind of common-sense bill would seem a safe bet to pass there, given the horrors that are happening. But that’s not what happened.

Republicans cave to the LGBT movement on HB 113

During the last three weeks in January, the battle blazed in the Montana House of Representatives. On January 18, House Judiciary Committee held a public hearing on both bills, and on Jan. 22 voted to bring both bills to the full House.

Bills must pass two full votes in the House, on separate days, in order to move on to the Senate. HB 112 ended up passing both votes easily, pretty much on party lines. The big fight was over HB 113.

On Jan. 22, MassResistance was contacted by one of the Montana State Reps. He told us that the transgender movement, along with lobbyists from hospitals, were moving at full speed to stop HB 113 from passing. Republicans were being heavily pressured, he said.

MassResistance got right to work and mobilized our people in Montana. They began calling and emailing House members and also using social media.

The second House floor vote was scheduled for the following day, Jan. 26. Our people continued pleading with Republicans not to allow this demonic practice on children. But when the vote came, our worst fears came to fruition. Four Republicans, including the Republican Majority Leader, defected. HB 113 failed by 49-51. It was shocking!

The next day the bill’s supporters tried again by filing a Motion to Reconsider. That failed, also. The Majority Leader continued to oppose HB 113.

Here’s an email sent by one of our Montana residents to the Majority Leader, Sue Vinton, the day before the Motion to Reconsider:

I was disappointed to read that you changed your vote on HB 113. I encourage you to change your vote back to YES if the bill is reconsidered. The ACLU and well-funded outside interests are behind opposition to this bill, not popular opinion.

My daughter was very negatively impacted by the unscientific "gender" theories and counseling when she was in high school (in a different state). This tore apart our family for no good reason.

These transgender treatments will cause lasting harm for children, enslaving them to lifelong medical interventions and likely infertility. The whole transgender movement is based on theories having no scientific basis.

How did this happen?

The LGBT movement has enormous resources – even in Montana – to fight these battles against children and families. And they’re very well organized. It was a full-court press that regular people could hardly grasp. Looking back, here’s what people were up against:

Spreading big lies. The first thing they did is create a series of false narratives – i.e., lies – that they repeated everywhere.

Unfortunately, too many squishy Republicans weren’t willing to stand up to this nonsense – or actually believed it.

The Montana media played a huge role. They are as left-wing as the media everywhere else.  They flooded the Internet with near-hysterical articles that portrayed these bills as backwards and dangerous. The Montana Free Press published such articles about this on Jan. 12, Jan. 15, Jan. 18, Jan. 22, Jan. 25, and Jan. 26. Other newspapers were just as bad. 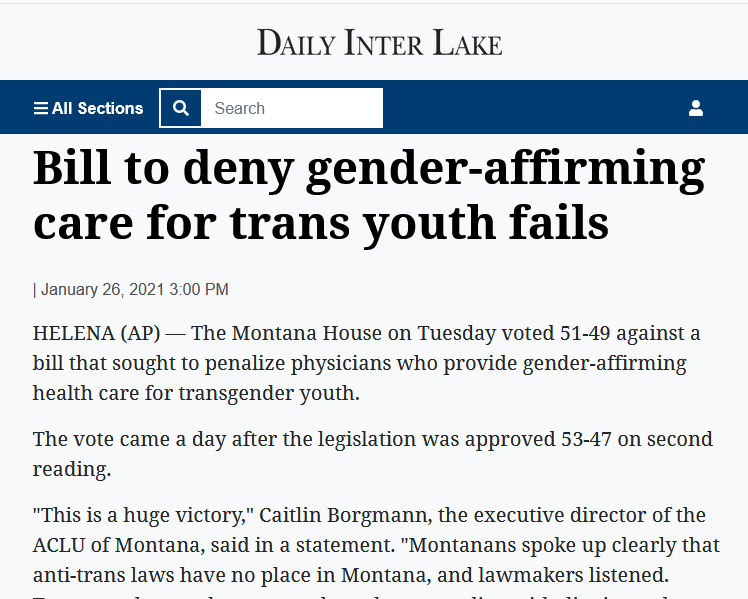 Over a dozen state-wide and national pro-LGBT groups poured their resources into stopping this. They are well-funded, well-organized, and have experience bowling over politicians.

Those groups were able to get hundreds of LGBT activists from Montana and across the country to angrily call and email legislators. But more important, they organized groups of dysfunctional LGBT parents and activists to go to the State House and pay personal visits to key legislators. They came well-rehearsed with their well-crafted, highly emotional talking points.

Unfortunately, our side rarely has the resources to effectively counter that. That type of mobilizing generally requires a last-minute infusion of funds, and wealthy conservative donors simply don’t want to get involved. But that’s been a fact of life for a long time. 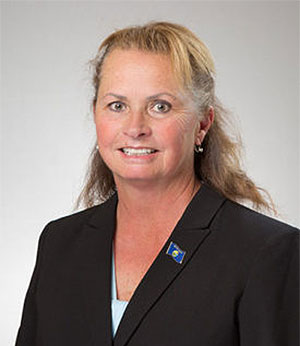 Republican Majority Leader Sue Vinton told the press that she switched her vote at the last minute “out of care and consideration for children” and “based on hearing the perspectives of transgender people, as well as medical providers and family members.” From what we’ve heard, people across the state are already furious at her for such a blatant betrayal.

The Montana medical establishment lobbied hard to stop HB 113. It boggles the mind that medical professionals would support something so terrible – it’s such obvious medical quackery. Not only did they send in lobbyists, but the Montana Hospital Association submitted this official letter against HB 113. (It’s all about the money, apparently.) 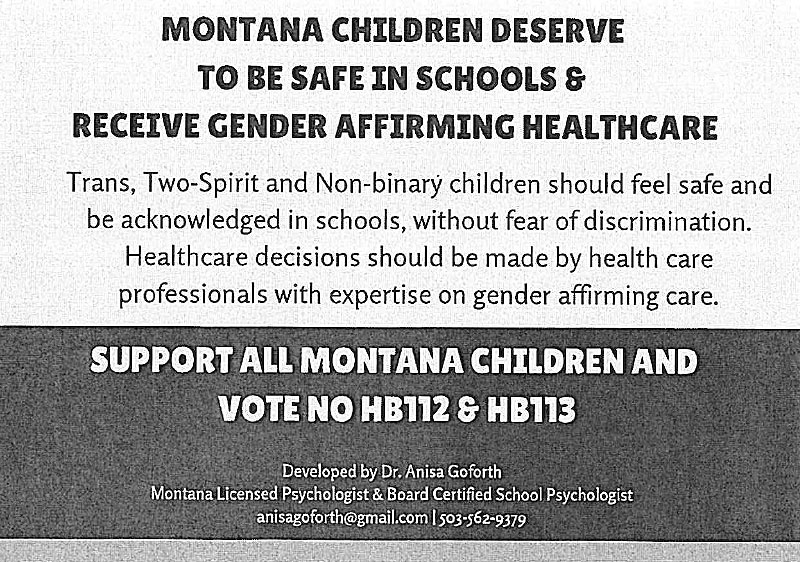 This is an example of the lunacy now being pushed by the medical establishment.

The medical establishment presented a letter from the Montana Chapter of the American Academy of Pediatrics opposing HB 113. This shows what a fraud that organization has become. Luckily, the legislators also received a letter supporting HB 113 from the American College of Pediatricians, a voice of reason opposing lunatic political correctness.

The Montana Chamber of Commerce worked to kill HB 113. Legislators mentioned that a number of times. That’s not surprising; those groups caved in to the LGBT movement a long time ago. And the Montana Federation of Public Employees opposed HB 113 with this particularly childish letter.

The conservative movement constantly underestimates the obsession that the LGBT movement has with children – and the extreme things they will do to get their way.

And the LGBT movement knows what buttons to push. This is a very disturbing trend that the public needs to know: Republicans in state legislatures across the country, even where they have supermajorities, often will cave to Big Business (or Big Pharma) since they are afraid of losing donations or large investments into their home states. Make no mistake: “Gender clinics” for children are becoming a big business for hospitals.

LGBT groups are aggressive in attacking any legislative proposals that will slow the spread of their agenda. MassResistance is virtually the only pro-family organization that understands the high stakes at play in this culture war. We understand that even when victory seems imminent, that we must double down in our demands to ensure that the best care and reforms for children win out.

We believe that victory will ultimately come. The opposition is based entirely on lies and spending large amounts of money. We have beaten them many times in the past. The point will come where we start to beat them every time.

Our Montana MassResistance activists have already started lobbying the Montana State Senate to ensure passage of HB 112, but we will also start turning our attention to the legislators and special interests which helped kill HB 113. Stay tuned for more reports this issue.