Amanda Touchton is the power behind the throne, so to speak, for Black Lives Matter El Segundo.

As I wrote in a previous post, Black Lives Matter El Segundo is a hate group. 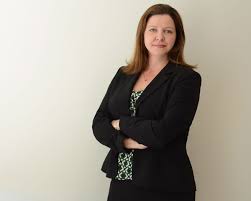 She is a rich liberal who decided to move to El Segundo to cause trouble.

This is really sick. What is the matter with liberals. Why do they insist on ruining everyone else's lives so that they can virtue-signal that they are somehow better than the rest of us?

Why can't they just live their lives and let cities rest and grow in peace?

Anyway, when I learned about her key role with Black Lives Matter El Segundo, I wrote her a letter via her business contact information (she is a lawyer by trade):

We are the international pro-family group that makes the difference, and we were a large part of the counter-protest which confronted the Black Lives Matter protest that took up Civic Plaza in El Segundo last weekend.

It has come to my attention that you are connected with a group of people, including younger individuals, who have been harassing and sending death threats to residents in El Segundo in connection with the so-called Black Lives Matter.

Touchton and Weinberger, would you please clarify or refute these rumors.


Check out the hateful response that I received from her:

I am the Administrative lead with El Segundo for Black Lives, a role that is separate from my role as a partner at Touchton & Weinberger LLP.  My partner, Melissa, and I are, however, advocates for equality and justice.  Neither myself nor El Segundo for Black Lives has been doing anything harassing to any residents of El Segundo or anyone else for that matter.  To the contrary, I have received threats on social media and have been insulted and degraded.  We are a peaceful organization that advocates for change through peaceful means.

You and the counter-protestors, however, harassed and insulted members of El Segundo for Black Lives.  In addition, you failed to comply with the executive order of Governor Newsom that mandates wearing face masks.  In this way, you put a number of people at risk with your willfully dangerous actions.  The behavior of the group you now claim to represent was reprehensible and you are not deserving of further communication.  I will not be responding to you again.

Now, let's delve into her comments, and test them, if you will:

Neither myself nor El Segundo for Black Lives has been doing anything harassing to any residents of El Segundo or anyone else for that matter.

This is a total load of crap. Residents have called out the BLM El Segundo group for sending death threats and posting flyers promoting the Marxist organization around the city. Key officials connected with the El Segundo Ed Foundation have been targeted and bullied repeatedly by this BLM Hate Group in the city, too.

Now she wants to play victim, and she wants to project the abusive actions of her group onto others. This tactic is not going to work!

What else did she try to get away with in her letter?

You and the counter-protestors, however, harassed and insulted members of El Segundo for Black Lives.

Oh brother! As if anyone is going to listen or read this claptrap with any degree of seriousness!

Whether she likes it or not, men and women in the city of El Segundo have every right to peaceably assemble, and they did on June 27th, 2020, and they did again on July 5th, 2020. The residents of El Segundo have every right to push back on the lies and slander of a group made up of mostly a bunch of entitled outsiders who think they have the right to lecture and shame everyone else about race relations.

Mrs. Touchton has touched down in the wrong city, if she thinks she can gaslight everyone into believing that the city of El Segundo is some essentially racist municipality. She apparently forgot that one of the mayors recently was a fifth-generation Angeleno named Suzanne Fuentes, for example. Does Touchton have a problem with Hispanic people or something?

Then she resorted to the same failing, flailing attack that Ben Lourey, the enraged soy boy, used against me at the July 5th meeting in Library Park:

In addition, you failed to comply with the executive order of Governor Newsom that mandates wearing face masks.  In this way, you put a number of people at risk with your willfully dangerous actions.

Touchton claims to be a lawyer, but she clearly knows very little about law, especially when it comes to hasty orders and directives coming from the Governor. Newsom has issued one arbitrary edict after another, telling certain counties, certain businesses, and everyday people to put on masks, to stay indoors, and all the rest. These emergency orders have long outlasted their constitutional authority. Furthermore, as a citizen of the United States and resident of the state of California, I am not obligated to wear a mask outside, nor do I have to socially distance if I so choose. Other individuals can insist on wearing masks for themselves and all the other protective measures as they see fit.

But those executive orders do not have the force of law, and in both rallies, the El Segundo Police respected that fact and did not press on me or anyone else to wear masks!

Amanda Touchton is clearly flustered and angry. Her little social justice warrior charade has been cofronted effectively, and California MassResistance is not afraid to call her out.

She is part and parcel of a violent, domestic terrorist group called Black Lives Matter. This is a Marxist movement bent on undermining the rule of law and destroying the United States. Her hate needs to be exposed, and this Black Lives Matter, El Segundo movement needs to be exposed and disbanded. They should be ashamed of themselves for trivializing black lives in order to promote left-wing, anti-black, anti-American causes in the South Bay!
Posted by Arthur Christopher Schaper at 4:57 PM