On December 10, 2019, Arthur Schaper, our Activism Director, attended a meeting to look at the sex-ed curriculum which his local school district had adopted.

Torrance, California is a relatively quiet suburb located in the southwestern section of Los Angeles County. The school district is well-known for hiring good teachers and providing a safe learning environment for students. Many parents pay top dollar to move into the city of Torrance in order to enroll their students in Torrance Unified. 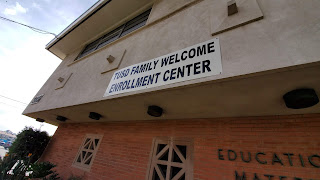 Torrance Unified Education Material Building
Arthur had submitted a number of FOIA requests to the Torrance Unified District to get more information about the student enrollment and to find out what the district was teaching students from K-12 in connection with the California Healthy Youth Act (AB 329).
The District was slow to respond to Arthur’s requests initially. Arthur had to refile the FOIA request to know which sex-ed curriculum they had selected. Finally, the school district got back to him, and they scheduled a time for him to look over the sex-ed curriculum.
December 10, 2019
Arthur arrived at the Torrance Unified School District Education Services office, right across the street from the district main office.
When he entered the building, he was greeted by two staffers, who then directed him to the Categorical Funding Specialist, Orly David, who was going to show him the different curricula that Torrance Unified had adopted for sex ed.
For the record, a categorical funding specialist directs and facilitates the implementation of state and federal programs. Much of these monies come from different grants and categories.  These programs include supplemental materials for students from low-income families as well as students who do not speak English as a first language. Additionally, funding specialists help provide programs for teacher and administrator training, as well as professional development. 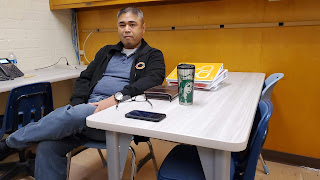 Categorical Funding Specialist Orly David
Mr. David was friendly, and invited him up to the second floor into another meeting room. As soon as they arrived, David asked Arthur if he was familiar with the rules, i.e. what he would and would not be allowed to do in connection with the curriculum. 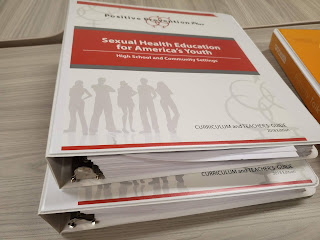 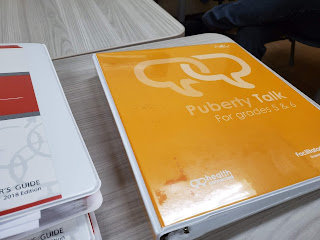 Positive Prevention Plus is WORSE
than Teen Talk according to a number of sources
Sex-Ed for Elementary School?!


Who gave the orders? Ramona Cheng, the Director of Curriculum at Torrance Unified School District.

Arthur brought Brian Camenker, the President of MassResistance, into the conversation by speaker phone. Brian was livid, and he demanded to know why Torrance Unified would not permit Arthur to take photos and record video, but Downey Unified had allowed him to.

When Arthur took out his camera to record, David right away took the materials away! 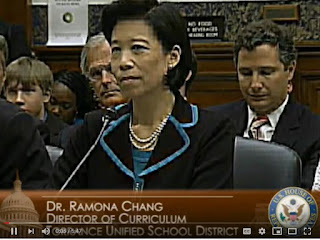 Here’s the entire interaction below:

Dr. Chang explained that because the materials were copyrighted, no one would be permitted to take photos or record video. This makes no sense, since school materials are funded by public dollars.

Doesn’t the public have a right to know and share information that will be taught to their students? Like David, Dr. Chang hid behind the color of authority, informing Arthur that Dr. Katie Krumpe, the Chief Academic Officer for Torrance Unified, had ordered all staffers that no one would be allowed to take photos or record video of the curriculum.

This is really strange, since Arthur had already taken photos of the sex-ed curriculum used in Downey Unified. Furthermore, the California Healthy Youth Act and the Fair Use Doctrine connected to federal copyright laws disputes all of this.

Here’s Information about the Fair Use Doctrine in Copyright laws:

Fair use is a legal doctrine that promotes freedom of expression by permitting the unlicensed use of copyright-protected works in certain circumstances. Section 107 of the Copyright Act provides the statutory framework for determining whether something is a fair use and identifies certain types of uses—such as criticism, comment, news reporting, teaching, scholarship, and research—as examples of activities that may qualify as fair use.  Section 107 calls for consideration of the following four factors in evaluating a question of fair use:

Arthur reached out to a fellow activist who has documented curriculum materials in other school districts, as well. Even though she faced a great deal of opposition from school boards and administrators, she would record anyway, and no one stopped her.

At the Torrance Unified School District, however, Orly David intervened and took the curriculum materials away right away. Dr. Chang asked Arthur  over the speaker phone if he would be content to just looking at the curriculum or leave.  Arthur requested to speak with Dr. Krumpe, but she was not available. Since the district would not allow Arthur to photograph or videotape the curriculum, Arthur decided to leave. 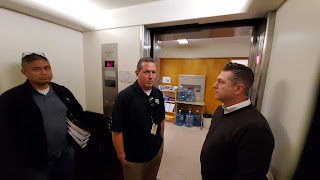 However, he recorded his interaction with Mr. David and other staffers:

https://photos.google.com/photo/AF1QipOwhzH6v6xt8urFx45Gn4iE7bRpV8c_ahoWRAIn
Mr. David complained about his privacy being violated. However, school districts are public entities, and staff and curriculum are funded by public dollars. Right-to-know should trump any public official’s demand for privacy, especially when it comes to teaching perverted material to children all under the label of sex-ed.

School districts around the country face increasing pressure for lobbyists and non-profits to promote certain agendas. The LGBT movement has been relying on these groups for a long time to force their way into public schools, and in turn to find ways to indoctrinate students into accepting sexual deviance an other perversions as appropriate and mainstream.

MassResistance is committed to exposing everything about this destructive agenda forcing its way into every aspect of our communities and our culture. For now, MassResistance is going to explore what legal options are available for pursuing Torrance Unified regarding this stunning amount of secrecy around Positive Prevention Plus and Puberty Talk. For a district to go to such lengths to hide the sex-ed curriculum that they are giving to children, it certainly suggests that that there is something very sinister and wrong about what they want to teach Torrance youth.