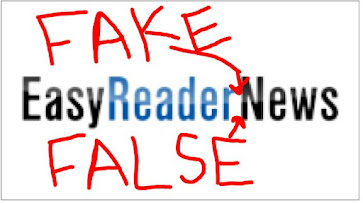 Parents in Manhattan Beach California, and throughout the United States, do not want lies being pushed on their kids, simple as that. Just because an official program called "Critical Race Theory" is not being trotted around in a district does not mean that those lies are not being taught in the classroom. Teaching children to view people as either "oppressors" or "oppressed" is all part of Critical Race Theory, and Christopher Rufo has rightly exposed that not only are these pernicious views invading the classrooms in California, but teachers' unions and educrats alike are changing the names so they can get away with it.

Parents in Manhattan Beach have a right and a duty to ensure that their underage children are not taught all kinds of sexual deviance and perversion under the guise of "diversity, equity, and inclusion," either. Since when does any adult think that it is appropriate to push sexual preferences as an identity, and furthermore to induce this confusion onto children, whether during the classroom or in extracurricular clubs like Gender-Sexuality Alliance, or Gay-Straight Alliance, or Gender-Sexuality Acceptance clubs?!

Frankly, parents like Fred Taylor should be commended for calling out the corrupt indoctrination that is happening in Manhattan Beach Unified School District. I personally have read the Marxist dog whistles pushed under the guise of "tolerance" by the previous Superintendent and other tteachers in the Manhattan Beach schools. Staff members in the district have been telling me about this indoctrination, but are afraid to speak up, for fear they will lose their jobs.

Furthermore, if school board members like Jen Fenton and union reps like Shawn Chen cannot stand criticism and outrage from parents, they should start listening to the parents and following their demands -- or quit. I am disgusted that a local newspaper spent more time pandering and propping up the "Powers that Be." Journalism used to be about holding elected officials accountable and giving voice to the concerns of the voters. Indeed, Easy Reader News' journalism has really fallen in quality and character. No one wonder fewer people are purchasing subscriptions.

Last of all, what I find truly appalling about the "Easy Reader News" article is that they went out of their way to defame the parents with so-called "alt right" groups, but neglected to mention that MB School Board member Jason Boxer is a member of a dangerous hate group called "the Democratic Socialists of America." Socialism is just one step behind Communism, as the violent Soviet Communist leader Vladmir Lenin asserted, and Communism is one of the most evil, hateful ideologies in the world. Sadly, Manhattan Beach Unified has a socialist on its school board now! Why did Easy Reader News leave that out?

Posted by Arthur Christopher Schaper at 6:44 AM