Polish President Calls LBGT What It Is: Soviet Indoctrination

The people of Eastern Europe experienced communism and repressive tyranny for decades. World War II may have ended well for the United States, but the nations of Eastern Europe had to continue fighting. After getting rid of the Nazis, they had to push back against the Soviet genocidal bigots of the Eastern Front.

It was decades of undeground fighting and vicious guerrilla warfare against communistic tyranny, the residents of Poland, Hungary, the Czech Republic, and elsewhere in the region are more than happy to take a stand against any form of Marxist evil.

And nothing portrays this evil more than the LGBT Agenda, which is barricading its way throughout Western Europe and the Western World. This is very serious. They understand the clear and present danger posted by this hateful, sex-fueled ideology.

So much so, that the incumbent for President of Poland is speaking out forcefully against the ideology, comparing it to Soviet Indoctrination:


BRZEG, Poland (Reuters) - Poland’s president compared LGBT “ideology” to communist doctrine in a campaign speech on Saturday, as LGBT rights become a hotly debated issue ahead of a June 28 presidential election in the staunchly Catholic country. President Andrzej Duda is an ally of the ruling nationalist Law and Justice Party (PiS), which dismisses the promotion of lesbian, gay, bisexual and transgender (LGBT) rights as a foreign influence undermining Poland’s traditional values.

LGBT perversions are very much foreign influence. They are foreign to the human species, in that such behaviors undermine the public, community health concerns, and the legacy of all countries.

Indeed, no country should give an inch on these perverse behaviors. None.

On Wednesday, Duda introduced a “Family Card” of election proposals, including a vow to not allow gay couples to marry or adopt children and to ban teaching about LGBT issues in schools. “My parents’ generation for forty years fought to eliminate communist ideology from schools, so it couldn’t be forced on children. So youth, children, soldiers and youth organizations couldn’t be indoctrinated,” Duda told a rally in the southwestern town of Brzeg.

It is essential to point out that open marriages, false marriages are all extensions of communism, of cultural Marxism without any hint of doubt. There should be no promotion of such perversity. None.

“They didn’t fight for this so that a new ideology would appear that is even more destructive.”

Tough! They should all be ashamed of themselves for promoting such evil amongst the Polish people. President Duda shows considerable, commensurate respect and right for taking a stand against all that anti-family nonsense.

Love Does Not Exclude, a Polish rights group, told Reuters Duda’s proposals were similar to the Russian government’s decision to ban “homosexual propaganda”. The Left’s presidential candidate, Robert Biedron, the first Polish politician to openly identify as gay, called on Duda to “be done with this hatred” in a tweet posted after the speech.

Love does exclude. When a man and a woman say "I do" to each other, they say "I don't" to everyone else. Love means doing what is best for others, not giving people what they want all the time, every time. Good parents who raise godly children will not let them do whatever they want, nor allow them to hang out with people who would harm them. Indeed, love DOES exclude.

Poland is a former satellite state of the Soviet Union and was the first country to shed communism in the region in 1989. This year the country was voted the worst in the European Union for LGBT rights in a poll by Brussels-based NGO ILGAEurope.

God bless the nation of Poland. No country should roll out protections or promotions of LGBT perversions. No country. We need more countries to take the lead on fighting this perverse evil, outlawing those behaviors if necessary. 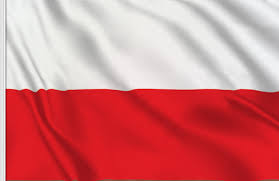