An alien appears to have occupied the body of Justice Neil Gorsuch as he wrote Monday’s opinion in Bostock v. Clayton County, which sometimes happens when Justices breathe the rarified air of the Supreme Court building. But perhaps he’ll snap out of his living Constitution trance if he’s shown his own previous work. 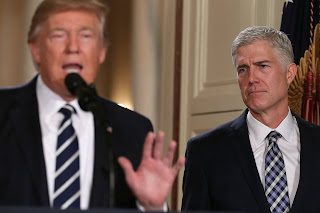 In Bostock, Justice Gorsuch updated the meaning of “sex” in the Civil Rights Act of 1964 to include sexual orientation and gender identity. But in 2018 in Wisconsin Central Ltd. v. U.S., the Justice decried this approach to judging:

“Written laws are meant to be understood and lived by. If a fog of uncertainty surrounded them, if their meaning could shift with the latest judicial whim, the point of reducing them to writing would be lost. That is why it’s a ‘fundamental canon of statutory construction’ that words generally should be ‘interpreted as taking their ordinary, contemporary, common meaning . . . at the time Congress enacted the statute.’”

And don’t forget New Prime, Inc. v. Oliveira in 2019 where he quoted himself: “‘[I]t’s a ‘fundamental canon of statutory construction’ that words generally should be ‘interpreted as taking their ordinary . . . meaning . . . at the time Congress enacted the statute.’” He added: “After all, if judges could freely invest old statutory terms with new meanings, we would risk amending legislation outside the ‘single, finely wrought and exhaustively considered, procedure’ the Constitution commands.” 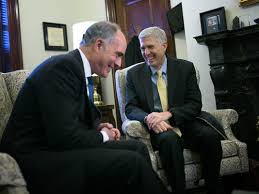 Yes we would, and nicely put. So what happened in Bostock?

One answer, we suppose, is that the other cases were obscure while Bostock was politically charged. But it’s in these high-profile cases that a Justice makes his reputation for standing on legal principle—or not. We still prefer the alien explanation, and we’re available for a legal exorcism upon request.