There is something about left-wing bigotry that carries untold costs.

The bitterness, the constant anger, the outrage at a fallen world, as though the concerted efforts and activism can fix it -- such misdirected rage will hurt one's body.

One of the Brown Supremacists has indeed succumbed: Debbie Jones, aka "Black Angus" or "Black Heifer".

"‘As I live, saith the Lord God, I have no pleasure in the death of the wicked, but that the wicked turn from his way and live." (Ezekiel 33:11)

It's a terrible thing when someone dies, even someone engaged in left-wing abuse, bigotry, and rage.

And yet ... there is some justice to this.

People who perpetrate evil need to understand that there are natural consequences to their hate.

This woman joined forces with the Brown Supremacists to harass men and women of patriotism and good conduct. They went after Lupe Morfin and me when we were celebrating Independence Day in Santa Ana.

They didn't get away with anything.

The next day, I thrashed all of them publicly in the Huntington Park City Council meeting. It just drives these bigots crazy that they try as hard as they can to intimidate us--and they fail every time.

So, even though God Himself does not delight in the death of the wicked, the facts remain: 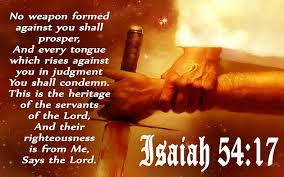 Posted by Arthur Christopher Schaper at 11:00 AM