They both indicated to me that the former power behind the throne, or the eminence grise of the Republican Party of Los Angeles, Andy Gharakani, announced at the June 2019 LA County GOP Central Committee meeting that he was stepping down.

He is going away.

Let's be frank: he is being asked to leave.

For the last two months, I have been receiving emails from an account labeled "Take Back RPLAC", and we have received more news about Grabby Andy using the LA County Central Committee to make money, while the county party makes no progress, and the candidates make no victories. 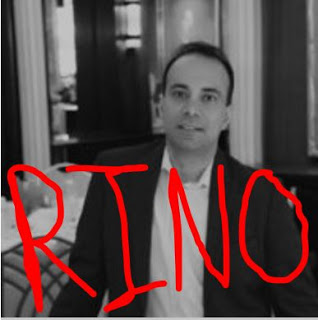 I also suspect that Andy decided to get while the getting was good, because there is no more money to pocket while pretending to consult for candidates and causes which further the state of California.

Gharakani, the "New Majority", and the other leadership PACs have not been about getting good conservative people elected. They have been all about getting their bank accounts fattened.

Now, Gharakani is on the way out.

But what about Richard Sherman? What's going to happen to him? 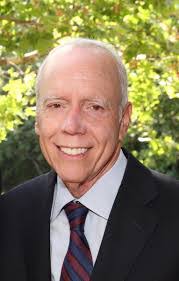 Word has it that Richard Sherman, the current RPLAC Chairman, is going to step down, too, since he has no idea how to lead, and has only been doing whatever Andy tells him to.

Is there new hope for a real, robust political opposition in Los Angeles County? The Democratic Party throughout the state of California is collapsing in on itself. The California Democratic Party had to throw out their previously-elected chairman, openly gay nurse Eric Bauman, for sexual harassment, and even then he had only gotten elected by a 72 vote margin.

The Democratic hegemony in California is beyond corrupt. There is room, there is opportunity for real leadership to pay attention to the needs of everyday Californians who want safe communities, freedom, and a desire to live their lives in peace.

Normally, I would not add these remarks, but I think it's worth while to do so. One of the individuals whom I spoke with about the above news had known about all the bad things that RPLAC had attempted against me and others.

The more that I have learned more about Christ's love for me. The more that I realize how rich and ravishing His grace is, the less concerned I had become about outcomes. I no longer put undue pressure on God to vanquish my enemies, so to speak, but to take solace, love, and strength in His caring for me. He is in the restoration business, and therefore I no longer have to waste my time trying to make other people pay back whatever they may have told me.

More importantly, however, I needed to understand fully that God's love for me is real, eternal, and has been showering on me since the beginning, even before I believed on His Son! It would he contemptible for me to base God's love on me based on whether things worked out, in that he removed bad people from power on my timetable.

But God is not moved by even that. God wants me to love Him on the must trustworthy, perfected foundation: His Son's death, resurrection, and never-ending ministry at the right hand of God the Father. That is the basis for our love, that is the basis for our faith in Him. His love alone, His grace alone supplies us perfectly--and I learned to recognize how unmovable His love is for me.

When I rested in that, no matter what bad things may have happened, then all the prayers that I have prayed began getting answered in much shorter time than previously realized. It's quite something!

So, when I received the two text messages from friends of mine regarding what happened to "Grabby Andy" Gimmekandy, and what is likely in store for Richard Sherman, I had a simple peace about it. My joy is no longer based so narrowly on seeing the downfall of my enemies, since God has already blessed me with so much more--and is blessing me all the more! Will there be a new future for the Republican Party of Los Angeles County? Who knows?