On the one-year anniversary of Jan. 6: Here’s what the media did not report!

Also, Antifa terrorized people at the first two rallies – but played a much different role on Jan. 6. 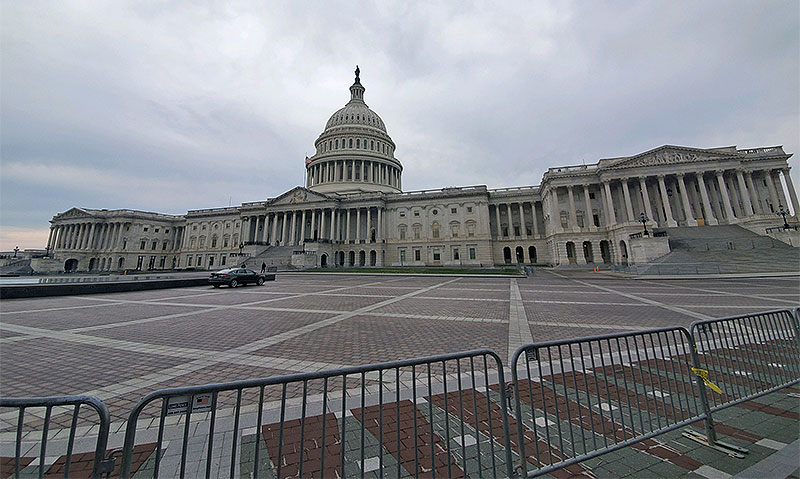 Here's the view of the back of the U.S. Capitol during the Dec. 12 rally. It was barricaded and no one was allowed to get near the building. [MassResistance photo]

Most people are unaware that the January 6, 2021 pro-Trump rally at the U.S. Capitol was actually the third one following the November 3, 2020 presidential election.

At the first two rallies – on Nov. 14 and Dec. 12, 2020 – the police presence was intense and controlling. The Capitol and Supreme Court buildings were completely cordoned off. But on Jan. 6, there was almost no police presence at all.

What was going on?

Richard Howell, Massachusetts resident and long-time friend of MassResistance, attended all three rallies. After the Jan. 6 rally, he gave us a full report of what he observed that day. Now, looking back a year later, he is astonished (as we are) at the vast difference in how the police handled the crowds – and how the media has completely ignored this. Here is what he told us this week:

On Nov. 14, 2020 – after courts across the country had used technicalities to refuse to hear cases on voter fraud – thousands of Trump supporters converged in D.C. They held rallies at the Supreme Court, the U.S. Capitol, and in Freedom Square.

On Dec. 12, 2020 rally goers again flocked to D.C. at the Capitol and the Supreme Court. The focal point during that time was the state certifications of the election results and the naming of the delegates for the Electoral College. In 6 battleground states there were two competing slates of delegates - which would determine the outcome of the election.

On both of those days, the Capitol and Supreme Court buildings were surrounded by police and barricaded. Nobody could get close without risking immediate arrest. 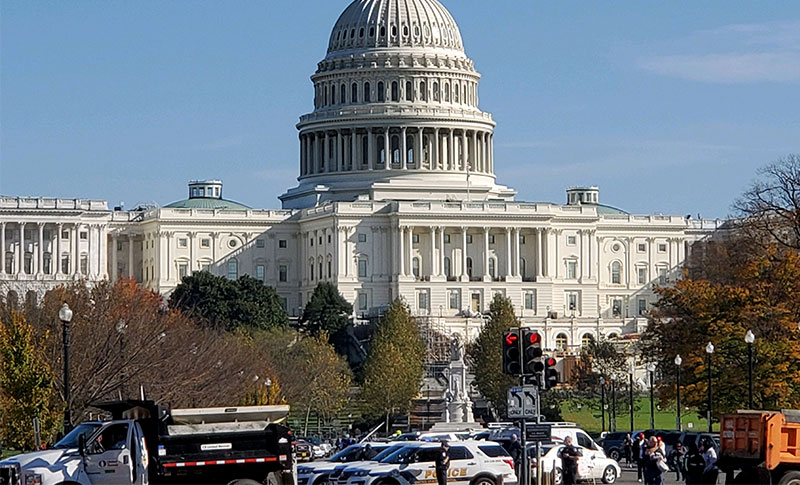 During the Nov. 14, 2020 Trump rally, police cars surrounded the Capitol and no one was allowed in the area. [MassResistance photo]

“There was no way anybody was going to walk on the Capitol grounds,” said Richard. “There were not only barriers, but there were policemen everywhere. Much of it was ringed with police officers and cruisers. There were police in the streets, too, and in Pulaski Park where there also were rallies. The security was unbelievably tight.”

“At the Supreme Court we had to stay on the sidewalks. You had to be let through an initial security barrier before you could even get to the lawn area where the speakers’ podium was. Everything was cordoned off. Police were even forcing people off the lawns on the other side of the building. You couldn’t get near any of the buildings.” 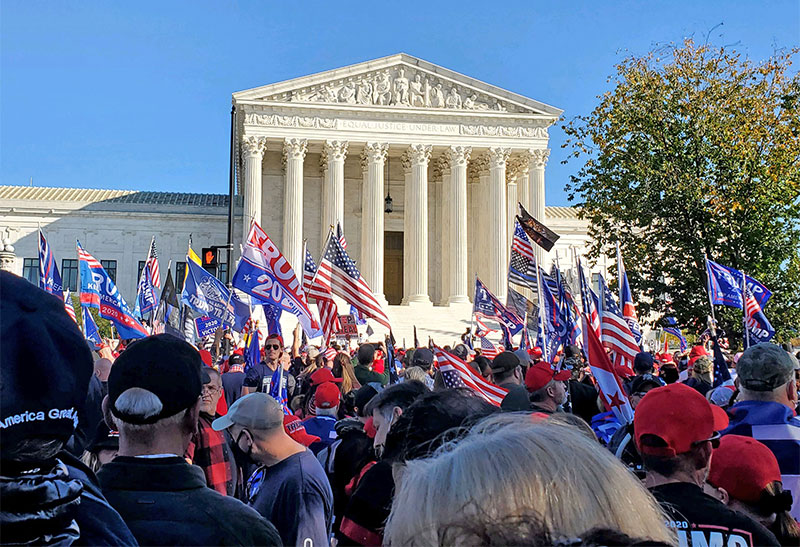 When the Trump rally got to the Supreme Court building on Nov. 14, this is as close as they could get. [MassResistance photo]

But on January 6, it was just the opposite. Security was non-existent.

That day, when people came to hear President Trump at the Ellipse and then rally at the Capitol, there were no barricades around the building, no police cars, and almost no police in the area at all. In fact (as has been well-documented), doors leading into the Capitol building were mysteriously unlocked and in some cases security police held them open for people to enter. 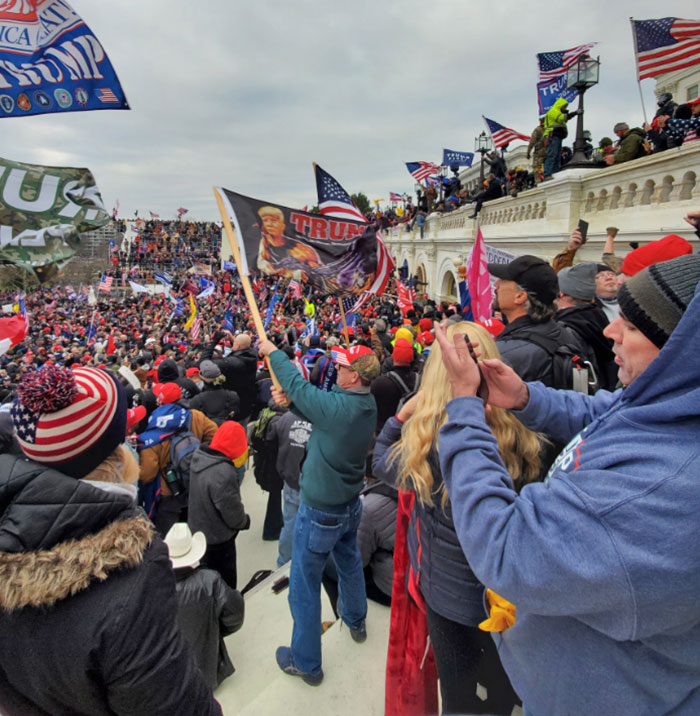 But on Jan. 6 at the U.S. Capitol, people were allowed to go anywhere they wanted. [MassResistance photo]

Moreover, at the first two rallies, Antifa hoodlums showed up in force and physically attacked Trump supporters. The police intervened to protect people on some occasions but did not seem interested in arresting Antifa. 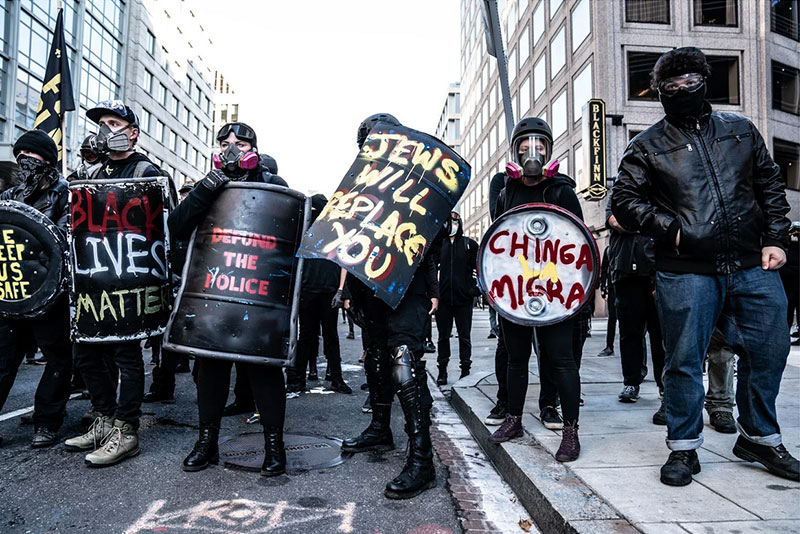 NPR photo of Antifa hoodlums out to intimidate and beat up Trump supporters on Dec. 12. NPR referred to them simply as "counter-protesters." 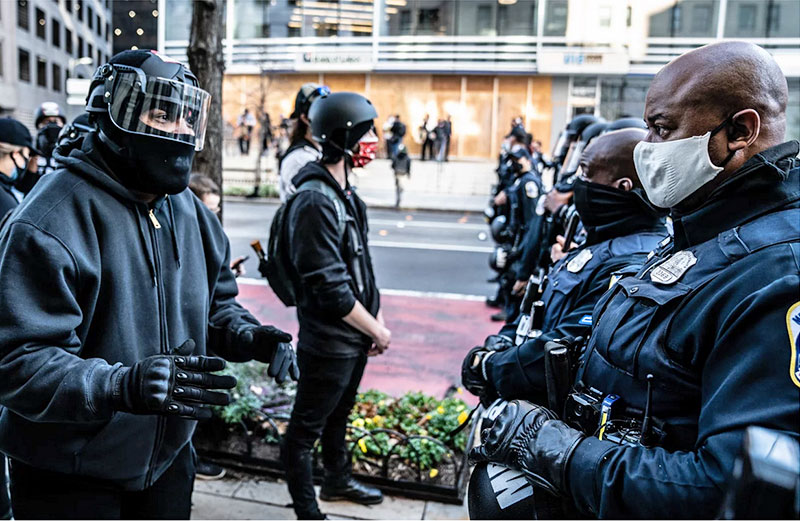 But on Jan. 6 there were no Antifa gangs attacking or intimidating Trump people. Instead, according to numerous reports, they infiltrated the Trump rally-goers and attempted to instigate rioting among peaceful Trump demonstrators. 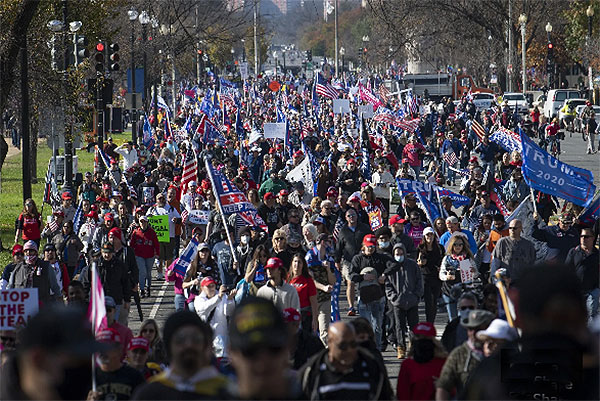 Richard also noted that all three rallies were, in a large part, spontaneous. As soon as word got out that someone had pulled permits, people across the country made plans to show up. There wasn't any grand organization on any level, he said.

It was clear to Richard that things were vastly different on Jan. 6 compared to the earlier two rallies.

Why was there virtually no police presence on Jan. 6? That certainly needs to be investigated, in light of the overwhelming police presence at the earlier rallies. And as Richard observed in our first report, it was also clear to anyone paying attention that the Trump rally-goers on Jan. 6 were heavily infiltrated by outside people who were attempting to foment mob violence (likely in collusion with the authorities).

Unfortunately, don't hold your breath for the dishonest media or the corrupt "House January 6 Commission" to show any interest.

It’s time for some louder voices in Washington!

Posted by Arthur Christopher Schaper at 9:58 AM