My name is Arthur Schaper. I am the Organization Director for MassResistance. We are the international pro-family group that makes the difference. Since 1993, we have been fighting the pro-family fight with conviction and fully confrontation. Whereas many pro-family groups have sought accommodation and compromise, we have learned through trial and error that fully exposing and confronting the LGBT Agenda and all of its issues is the only way to fight effectively for faith, family, and freedom. 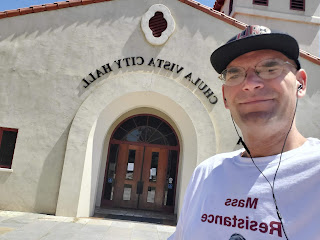 The truth is that this program has a clear-cut, perverse agenda. On its own website, Drag Queen Story Hour clear states:

“DQSH captures the imagination and play of the gender fluidity of childhood and gives kids glamorous, positive, and unabashedly queer role models. In spaces like this, kids are able to see people who defy rigid gender restrictions and imagine a world where people can present as they wish, where dress up is real.”

Gender Fluidity is a false concept. There is male. There is female. There is no biological evidence whatsoever to suggest that there is anything beyond two sexes.

Furthermore, this concept of “queer role models” is deeply troubling.

Drag queens are adult entertainers, impure yet simple. The whole drag culture is associated, saturated in illicit, sexually explicit adult themes. The drug use and sexual promiscuity associated with drag entertainment has no business being around children.

To be frank, what does promoting drag queen entertainment really have to do with teaching tolerance, acceptance, or diversity? If adult entertainers want to engage in these behaviors, they can do so freely in the nightclubs and cabarets – but not around children. There is no place for this. 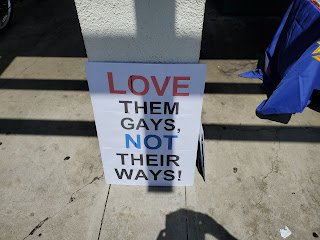 Let’s be more clear about this matter, however: homosexuality, transgenderism, and other sexual behaviors associated with the LGBT agenda are not behaviors which should be promoted to children, especially children as young as 3 years old. These are destructive behaviors which witness a high incidence of disease, dysfunction and death.

Yet putting aside this matter, let’s confront some of the talking points promoted by the drag queens themselves.

2.       Second, drag queens have argued that there is no push from this agenda to make kids into drag queens. That is a total lie. In Ames, Iowa, in Delaware County Ohio, and in other locations, this drag queen program explicitly directs children to come up with their own “Drag names.” In Henderson, Nevada, one of the drag queens handed out a tutu to have a boy put on, as well. In Ames, Iowa, children were handing dollars to drag queen performers. One drag queen cut off a child in his audience and said “You can be a drag queen super hero.” 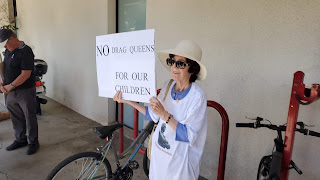 3.       The third lie is that “Drag entertainers pose no threat to these children.” That is a total lie. One drag queen admitted in an opening hearing “This will be the grooming of the next generation.” Our MassResistance team in Houston Texas uncovered not one, but two sex offenders reading to children in the Houston, Texas drag queen story hour. No background checks were conducted. One of the offenders had assaulted an eight-year-old boy. The other had molested four children! In Austin Texas, we learned that the drag queen there had been convicted of male prostitution. These people are not role models. We should have role models, men and women who contribute to our communities in a healthy manner.

4.       The final point that is often made is that no one is forcing their children to attend this program. “If you don’t like Drag Queen story hour, then don’t take your children.” Here’s the problem. We are not talking about preferential differences in hobbies. We are not talking about a quaint reading time. We are talking about sexual perversion being pushed onto children. Everyone of us has a duty to stand up to this immoral nonsense. Parental rights are not absolute, and use of public funds is not limitless. Taxpayer dollars should not be funding this trash, and public facilities should not be hosting these perverse programs, either. 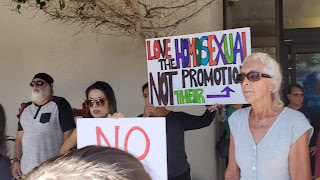 Working with churches, leaders, and outraged citizens throughout San Diego County, and specifically in Chula Vista, MassResistance has launched a full court press to demand that the library cancel this perverse, misguided program at the Otay Ranch branch of the Chula Vista Library.

Despite numerous calls and contacts with the library staff, managers, and with city council members, we have received no information about the two drag queens Raquelita and Barbie Q. We do not know their real names. No background checks have been conducted. The city library commission and the city council have cancelled all their meetings and will not meet with the public to justify this terrible decision. There is so much secrecy around this whole program.

These efforts have been more than impressive. Men and women of all backgrounds have stepped up and declared that they have had enough of this agenda being forced onto innocent children.
Once again, on behalf of the growing number of outraged parents and citizens in Chula Vista and throughout the country, MassResistance is demanding this drag queen story hour program in the local library system be canceled for good. 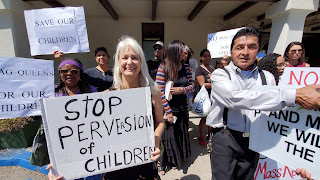